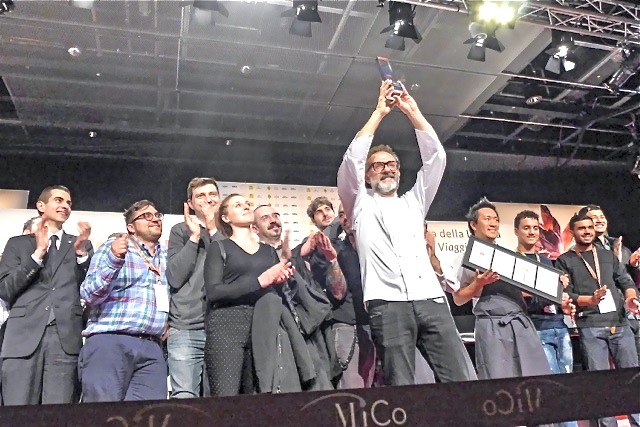 Back in the day when nouvelle cuisine was firing up the new chefs of Europe, I wrote in the introduction to my first cookbook, published in 1986, that Italy, a country that has complained about the excesses of French cooking since the 16th century, would never succumb to it. Take, as an example, the words of Gerolamo Zanetti, a 16th century Venetian, which are still uttered by modern Italians:

French cooks have ruined Venetian stomachs with so [many] sauces, broths, extracts… in every dish… meat and fish transformed to such a point that they are scarcely recognizable by the time they get to the table,” wrote Gerolamo Zanetti, a 16th century Venetian. “Everything is masked and mixed with a hundred herbs, spices, sauces.”

I’ve had to eat my words many times since I embarked on that introduction, most recently after descending on Milan for a gastronomical summit arranged by the Italian Trade Agency, the Conzorzio of Grana Padano producers, Berlucchi sparkling wines, and Identità Golose (literally, “Identity, Gluttonous”), the elite, Milan-based  fellowship of cooks, chefs, pizzaioli, pastry-makers, food producers, critics, and food experts. 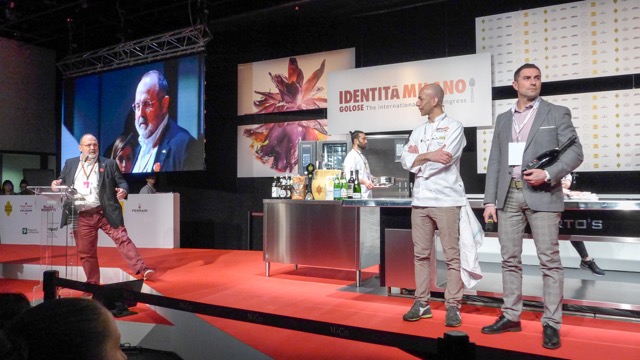 For three days glitterati of the Italian food world gathered in the city famous for, among other things, panettone and its eponymous veal chop, to smash the tired national stereotypes and further advance the notion of the nuova cucina italiana, an idea that was born at the turn of the millennium on the heels of French nouvelle cuisine. “[Our mission] is to make the world realize that the cucina italiana [of] pizza, pasta, risotto, and smiles, is a folkloristic stereotype that can be erased through excellent products and chefs who… break with the past,” said conference founder Paolo Marchi who, along with his disciples, feels that Italy’s cooking has been limited for far too long by tired traditions and provincial tastes. “We have to overcome [this]… [because] when people speak in absolute terms and truths… they close themselves off… Even what today is tradition is now innovation.” 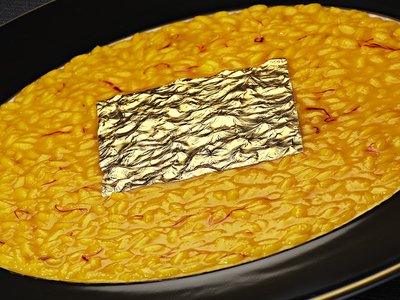 Just what is nuova cucina? For an answer, we need to step back into the 20th century to Gualtiero Marchesi, iconoclast, pioneer, painter, and pianist descended from five generations of performers at Teatro alla Scala, and chefs that cooked for kings, queens, and artistic royalty in a city reknowned for opera, food, and fashion. The most famous of Marchesi’s masterpieces, risotto made with edible gold and saffron, which we inhaled at his restaurant inside the city’s La Scala opera house, is a thing of beauty, delicacy, and taste. The chef, who first learned to cook at his family’s Milan hotel restaurant where he was born, in situ, in 1930, struck out for France in the 1980s in the ferment of nouvelle cuisine, learning from the master chefs of the era’s legendary Michelin-starred restaurants. He returned to Milan with a clear vision for a revolutionary restaurant of his own where he would bring to his food not only artistic refinement, but the application of science.

“Italian cuisine was essentially domestic cooking… too vulgar, too common,” he told the Wall Street Journal in a 2010 interview. He was awarded a Michelin star early in the first year he opened on Bonvesin de la Riva in 1977, and another the following year.  Seven years later, he became the first chef outside of France to earn three Michelin stars—a distinction rarely achieved by any chef in a lifetime—only to return the awards in 1985.

Gualtieri took Italian cooking to meteoric heights with dishes that stupefied, like “quattro pasta,” four different pastas served up on a mirror in homage to Andy Warhol; or “dripping di Pesce,” a baby squid dish that takes after a Jackson Pollock canvas. At a private dinner I attended in 2007 at Alma, a cooking academy in the peripheries of Parma where he presided as dean, he presented a dish of pressed edible blossoms that astonished for its beauty and success in preserving the flowers’ natural flavor despite the transformation it underwent. 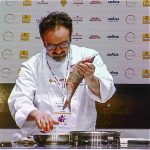 Fast forward to the 21st century, and other boundary-pushing figures, like Carlo Cracco, Paolo LoPriore, and perhaps most familiar to Americans, Massimo Bottura of Osteria Francescana in Modena, who took three Michelin stars in 2011 and first place in the 2016 World’s 50 Best Restaurants competition with dishes like compressed pasta e fagioli.

At the summit, Paolo LoPriore talked about preserving “the beauty of the past, changing only what has to be changed” while at the same time he masterfully butchered and filleted a sweet water fish, the focus of his lesson. “The Lenten rules imposed by the Church for meatless meals gave great potential to [piscatory] cuisine,” he said. 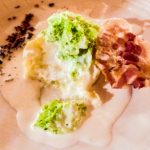 Such figures in the Marchesi mould continue to “smash the folkloristic stereotypes” by deconstructing familiar dishes. A case in point: the reformed “taroz” we were presented with the day after at La Présef, a Michelin-star restaurant at La Fiorida Agriturismo in Lombardy’s Valtellina region. Master Chefs Gianni Tarrabini and Franco Aliberti prepared traditional and reconstructed versions of the recipe, a dumpling of potato, green beans, onion, pancetta, and the local Bitto DOP cow’s milk cheese. If the first was heavy and rustic, the new version was a revelation: light and brimming with the flavors of the mountain terroir.

“Travel Around the World With Your Eyes and Ears Open”

So began Bottura, reflecting the convention’s 2017 theme, “The Journey.” If Marchesi conquered France and brought back nouvelle cuisine, his disciples are criss-crossing the globe. While American chefs are leading a charge to grow and advocate for local ingredients and celebrate regional differences on their menus—a movement that was inspired by the ancient food culture of this land–the overarching message of the summit was the cross-fertilization of ideas.

“It’s a renaissance we’re going through now, a rebirth from the dead, a cross-contamination of ideas such as Nordic… nouvelle cuisine… Spanish,” said Bottura. “Basta with these risotti!… We’re becoming aware of our own past…. The most important ingredient for cooks of the future is culture.”

To quote Marchi, “Tiramisù has invaded the world and [Italy was] invaded by sushi.”

What About Your Grandmother’s Pasta e Ceci?

Keeping up with the collapsing of gastronomical borders and explosion of ideas that characterize the new Italian cuisine is nothing if not dizzying. While professionals “learn how to cook clean, concentrated, and organized” in the French restaurant tradition, there is something very different happening on the home front. Women, once the keepers of those arts, are running board meetings and performing surgeries; fewer and fewer are in the kitchen making ragù. And the nonnas padding around the kitchen in their slippers making gnocchi are largely on their way out. The result is a shrinking of critical cooking skills, even an acceptance of convenience foods offered in the supermarkets that increasingly edge out local farmers markets that were once the heart and soul of every town. 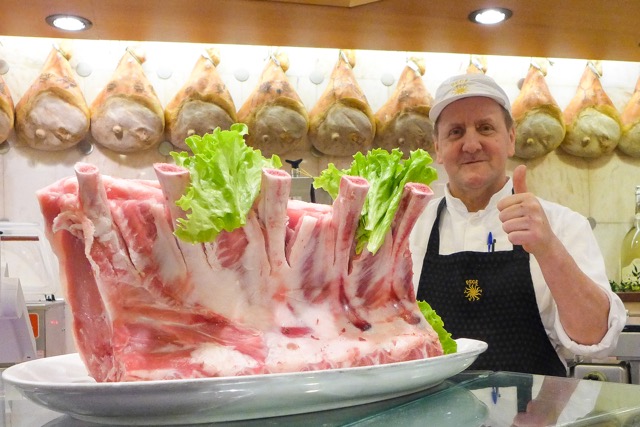 In this city on the cutting edge of everything from art to finance, fashion to lighting, furniture design to cuisine, we soaked up an orgy of ideas and flavors, grateful for the opportunity to rub elbows with the great chefs of Europe. On our last night in Milan, my friends and I headed over to a fine little trattoria a few paces from Gualtieri’s alter at La Scala for our last supper of pizza with a side order of costolette alla milanese. It made me think of chefs at New York’s tony Per Se who’ve told me they hit the good food trucks after they change out of their “whites” and head home after a three-star performance. Sometimes, smiles are good enough.

The Duomo of Milan with its campanile, designed by Leonardo Da Vinci, Donato Bramante, and other architects. | Photo: Julia della Croce/Forktales 2017