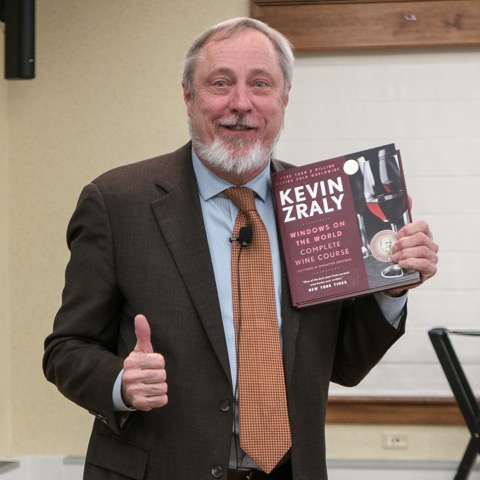 I know relatively little about wine. I was once ashamed of saying so in light of forty years as a food writer—but that changed recently when I admitted as much to world-renowned wine educator, Kevin Zraly. “It’s not surprising,” he said, adding that the same is true for most chefs he knows, and vice versa for wine authorities. As he writes in the introduction to his newly re-issued best-selling Windows on the World Complete Wine Course, “Studying wine isn’t merely learning about a beverage but also understanding the history, language, culture, and traditions of the people and countries where each wine is made… [it’s] a complicated subject, one that reinvents itself every year with a new vintage.” 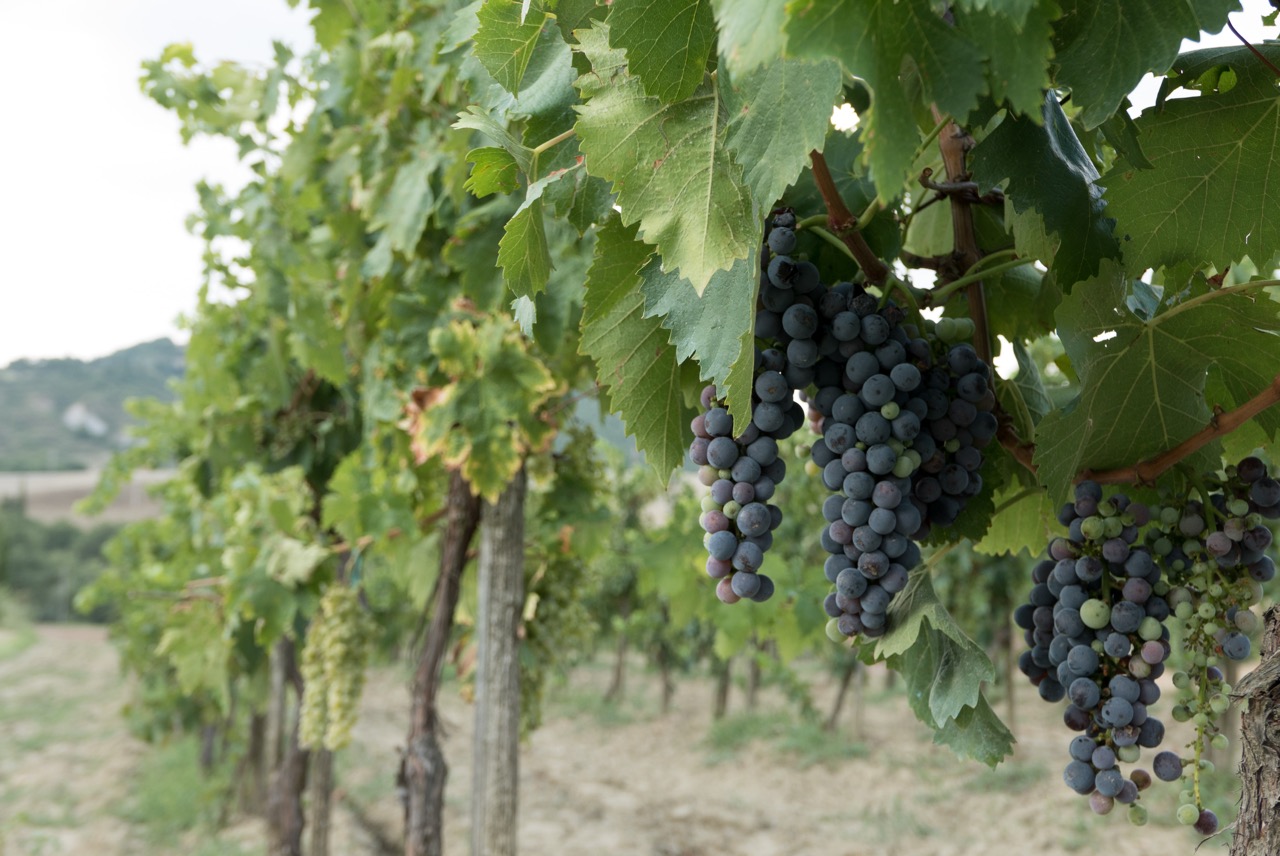 Sangiovese, the signature grape of Tuscany, is the basis for most of the region’s signature wines. | Photo Copyright Nathan Hoyt/Forktales 2017

I wouldn’t think of having a meal without it. In Italian fashion, I cook with it and sometimes I even add it to the food (if that line is stolen from somewhere, let me know, but it’s the truth). Yet as a wine drinker and not a wine expert, I still make my choices in a fairly haphazard way based on what I fancy at any particular time, or what I am cooking, or where I am. 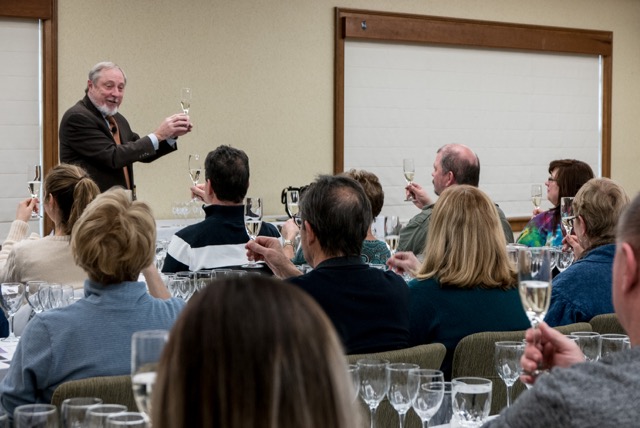 Kevin Zraly, master of wine, showman, and renowned teacher with all eyes on him at Mohonk Mountain House. | Photo” Copyright Nathan Hoyt/Forktales 2017

The idea of going to wine school has occasionally crossed my mind, particularly when I call up the advice of my first wine mentor, Victor Hazan, when, as a young journalist, I interviewed him and Marcella over lunch about his book, Italian Wine, released thirty-six years ago:

“Wine appreciation is like the appreciation of music or any other art,” he says. “We can turn on music as background and hang pictures on the walls as decoration, letting whatever they have to say slide past our consciousness. Or we can use our ears and eyes to turn to them the undistracted attention of our mind. We can negligently knock back the contents of our glass, or we can try to interest our palate in some of the things that nature, man, and time have put into it.”

If “negligently knock back the contents of [my] glass” hardly describes my romance with the drink that Galileo described as no less than “sun held together by water,” I confess to reticence in the matter of exploring the collaborative effort of nature, humans, and time in any but the most applied way. Particularly because the more I learn, the greater the journey looms. There have been many technological and scientific developments in viticulture over four decades with farmers going back to traditional practices that avoid soil-punishing modern agricultural methods (hooray!). And Italians, whose wines I am most inclined to drink, tend relatively small vineyards and grow native grape varietals barely known outside its territory. In fact, they plant more grape types than any other country in the world. One million mom and pop growers owning two million acres of vineyards throughout the country’s twenty regions—we’re talking about some two thousands wines now—makes an outsized curriculum. In addition, how to begin to understand the differences between regions and styles? Besides, the trouble with any attempt to delve into the dizzying world of Italian wines with any hope of understanding it is confounded by U.S. import and interstate shipping regulations that makes most of them impossible to get here. What about other wines besides Italian? And just to throw a monkey into the kettle of fish, good Lord, how will global warming affect the vine? 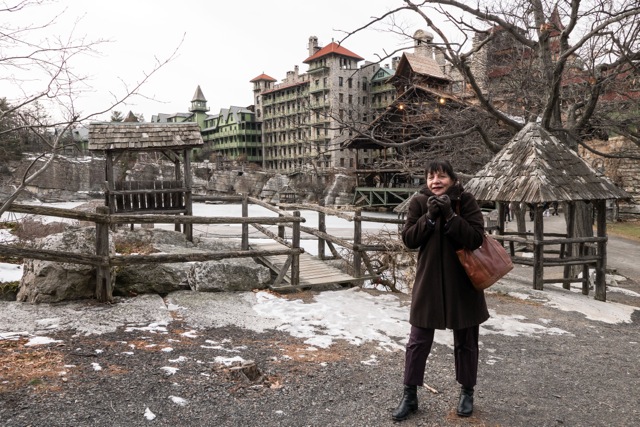 Having percolated all of this for some time, I leapt at an invitation to take a wine class focusing on Italian wines with one of America’s most respected wine gurus on a recent frigid weekend at Mohonk Mountain House in New York’s Ulster County. If I hadn’t been charmed by one of Mr. Zraly’s lectures before, we might not have driven up north in what amounted to a January blizzard, up the swiftly rising height of a mountain to the sprawling lakeside Victorian castle that crowns a savage 2,000-foot quartz ridge called the Shawangunks that is his retreat. Mr. Zraly is not just a consummate teacher, as the blurbs on the new edition of his best-selling wine book attest (some 5 million sold at last count since its initial publication in 1985), but a wizard at demystifying the complex and often intimidating subject of wines. The castle at the top of this mountain has been, for him, a “sacred space” since the legendary Windows on the World restaurant and home to the eponymous wine school he founded there forty years ago disappeared on September 11, 2001 along with 80 employees and construction workers who died in the terrorist attack at the World Trade Center that day. Mr. Zraly had taken the day off to celebrate his son’s tenth birthday.

On this afternoon at the Mohonk Mountain House, he was the master showman of Zraly fame and he spoke vividly about wine, sprinkling his authority with wit and wisdom (such as, “Never drink Chianti again; you deserve more—drink Chianti Classico”). We dipped into eight Italian vintages from three regions that produce some of the most appealing wines. They were picked from among those that are widely available, even if the selection inevitably glossed over glorious bottlings from vineyards that we can only find by transporting ourselves to the geographical boot, getting off the tourist track, and exploring what Mr. Zraly refers to as the “vast vineyard” that is Italy for ourselves. There are always more mediocre wines than good ones in the wine trade, but the man who turned the most spectacular restaurant in the world into an “international wine mecca,” in the words of Alex Witchel of The New York Times, curates them for us in the book that has become his life work. 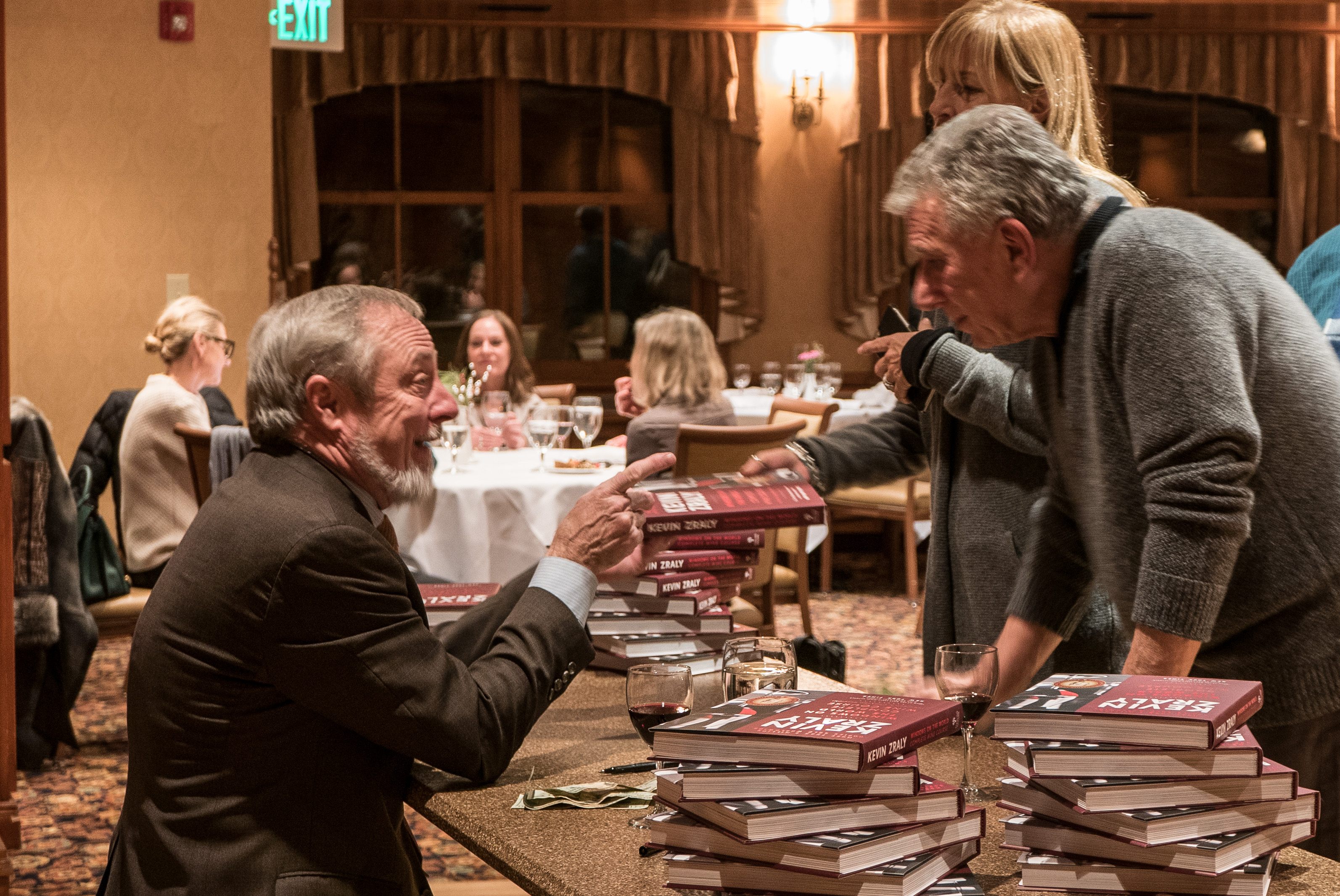 Kevin Zraly signing copies of the new edition of his book, Windows on the World Wine Course. | Copyright Nathan Hoyt/Forktales 2017

As for the many questions I have, I’m curling up with Kevin Zraly’s book for answers. It speaks with clarity, it’s lively, and it’s full of wit besides. Any book about wine should be nearly as much fun to read, as the subject is to drink.

From my notebook at my first official wine class:

Find out more about Kevin Zraly and his wine school on his website. The new edition of his book, revised with all the bells and whistles millennials expect from sidebars with wine stats to maps to videos attached.

If you have never bought a wine book before, start with this one. If you have a roomful of wine books, get this one anyway…. It makes wine fun, it makes wine exciting, and it carries its erudition lightly, just like this author…. One of the best start-from-scratch wine books every written. —The New York Times 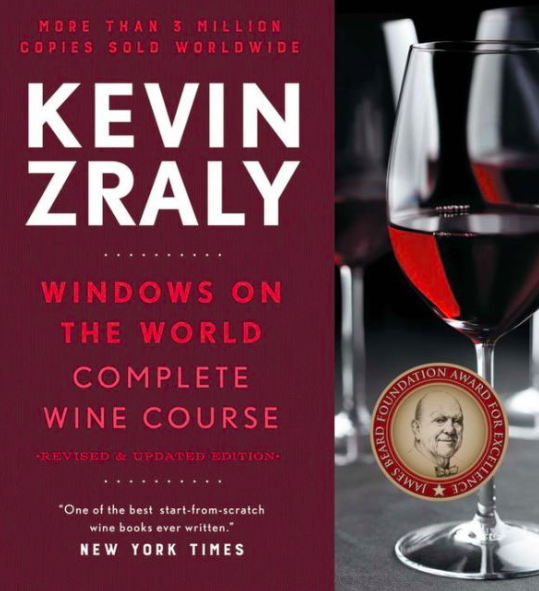