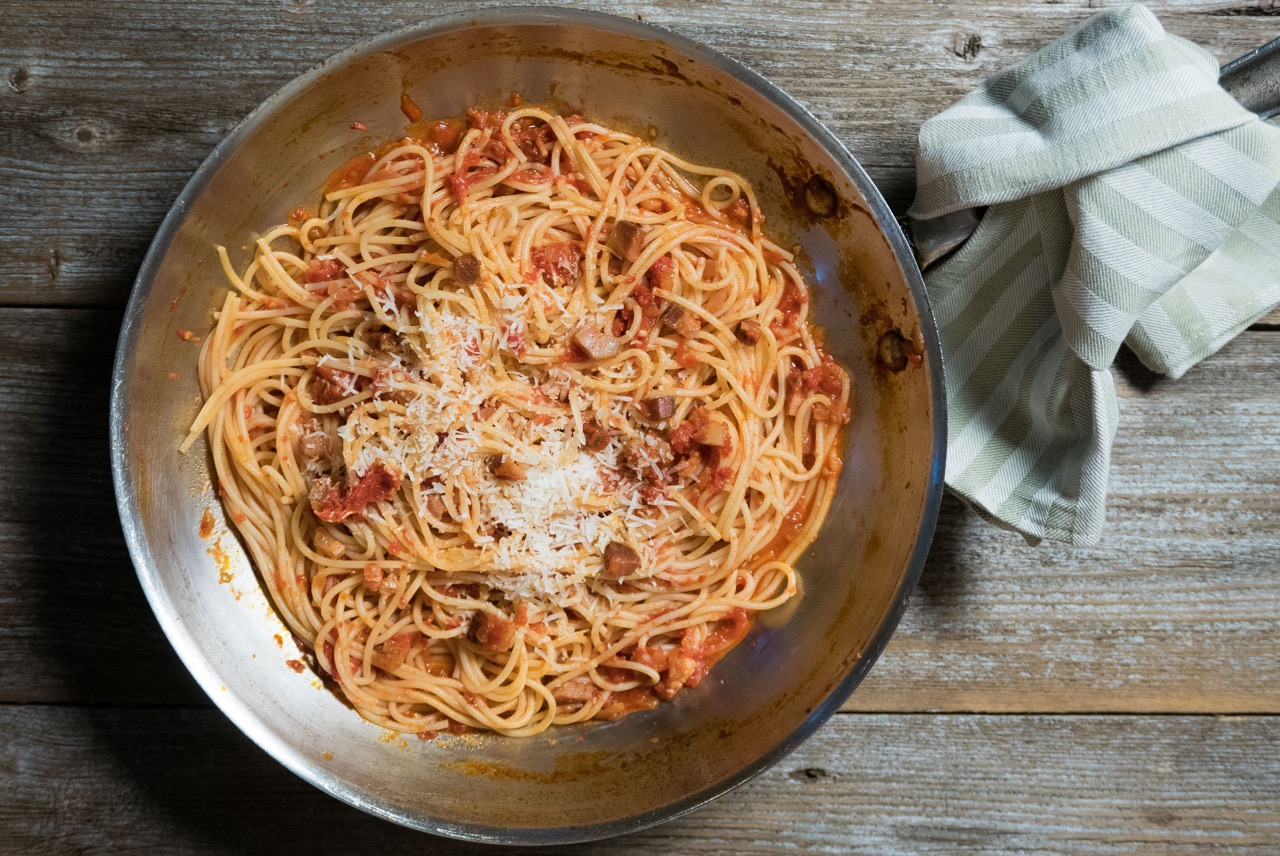 The quake struck Amatrice and the surrounding area at 3:36 a.m. — amazingly, almost the exact same time as the one that devastated L’Aquila and Abruzzi in 2009, which killed over 300. Some of the dead, this time, were tourists. Travelers go to Amatrice in August for the mild climate, an evening stroll and spaghetti all’amatriciana — a dish famous all over the world, invented by local shepherds in the Middle Ages.

This week, the town was getting ready for the 50th annual festival dedicated to the celebrated sauce. Luckily, most visitors had left for the night. But the Hotel Roma had 70 guests, and at the time of writing they are unaccounted for.

So wrote Beppe Severgnini, a columnist for Italy’s Corriere della Sera in the Opinion Pages of The New York Times today.

I heard the news just after midnight, coincidentally nearly a year to the day that Nat and I drove the old Roman roads for the picturesque mountain villages of the Apennines—Norcia, Amatrice, and Ascoli Piceno, where the Umbria, Lazio, and Marche regions merge. As it happens, I was still working in my kitchen, up to my elbows preserving the last of the summer’s tomatoes. My tears mingled with tomato juice on the cutting board as I listened to updates coming in on the radio and called to mind my first stop there many years ago to learn the secrets of the best “sughetto all’amatriciana,” as the now world famous sauce was known in the local parlance.

The following morning, I leapt out of bed to read the news only to see this headline in The Guardian: “Mayor of Amatrice: ‘the town isn’t here anymore.'” 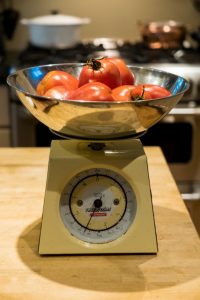 The rest of the day was all but lost except for picking up where I left off the night before preserving the remaining tomatoes that my daughter Gabriella had brought me in a big box from her CSA a few days earlier. There were six pounds more of Juliet mini-Romas to cut, seed, and oven-dry and a mere two and a half pounds of a rich red, thick-walled variety to put up that I didn’t know the name of. I’d never seen that heart-shaped type before, but a bite of one that had split open proved dense and succulent without being watery, and it had a bracing sweetness—better than any of the Romas I’d ever tasted outside of Italy. There were just enough of them to make a sughetto to cover a pound of our favorite spaghetti, which we took as a sign; off Nat went to buy a fresh hunk of pecorino and pancetta (guanciale was not to be found) for the proper makings of the dish, the method for which I had been carefully instructed so long ago.

At dinner, we said grace and remembered the little town founded by the ancient Sabines on the soft slopes of the green Tronto Valley that survived Romans and Lombards, Angevines and Aragonese, Fascists and Nazis, and hosts of other menaces in between, but not the earthquake of 2016; a town where the people once regaled themselves with spaghetti anointed with tomato, bacon, and sheep cheese. We ate, grateful for the dish they invented. Tragically, there will be no Sagra degli Spaghetti all’Amatriciana this weekend, but here’s the recipe if you would like to make it in memory of those who died on August 24, the day Amatrice disappeared.

Spaghetti with Tomato, Guanciale and Pecorino in the Style of Amatrice

(adapted from my book, Roma: Authentic Recipes From In And Around the Eternal City [Chronicle Books])

This dish, which originated in Rieti Province, is one of Latium’s best-known pasta specialties. The sauce is traditionally made with guanciale, salted and cured pig’s jowl, a specialty of the province and of Latium in general. Pancetta can be substituted. Over the years, the recipe has sometimes seen olive oil replacing the more tasty lard of tradition. The genuine method involves adding grated pecorino (semi-aged sheep cheese) in three stages, once during the cooking of the sauce, once after the pasta is cooked but not yet sauced, and a last time when it is sprinkled on the served pasta. The semi-aged cheese deepens the flavor and gives the sauce a voluptuous consistency.

*A note about the pecorino, which is such an essential part of the dish: A semi-aged pecorino (sheep cheese, or cacio) from the Roman province would be ideal. I found it in the U.S. in recent years in good cheese specialty shops, including the cheese departments at most Whole Foods stores. The aged pecorino romano that has been imported here for so long is exceedingly salty and dry in comparison but if that is all you can get, cut down on the 1/2 teaspoon salt called for to season the sauce.

1 small, fresh hot pepper sliced in half, or 1/8 teaspoon red pepper flakes, or to taste

In a large skillet, warm the olive oil over medium-low heat. Add the onion and pancetta and sauté until golden without allowing the onion to brown, about 12 minutes. Stir in the hot pepper and the tomato paste. Add the tomatoes, their reserved juice, and the sea salt. Simmer, uncovered, over medium-low heat until thickened, 15-20 minutes or as needed, stirring occasionally. Stir in 2 tablespoons of the pecorino. Remove the pan from the heat, cover, and keep it warm.

Fill a large pot with 5 quarts of water. Bring it to a boil and add the pasta and the salt. Stir immediately. Cook over high heat, according to package directions (cooking times vary from one manufacturer to another depending on their particular wheat blend and drying process), stirring occasionally to prevent the pasta from sticking together until it is 1 minute shy of al dente. The pasta must not be overcooked.

Drain the pasta, setting aside 2 tablespoons of the cooking water; return it to the cooking pot and toss it together with the reserved cooking water and 2 tablespoons more of the grated cheese over a high flame until the moisture is absorbed, 15-30 seconds. Transfer the pasta to the skillet with the sauce, and toss well. Sprinkle in the 2 more tablespoons of pecorino and toss again. When the strands are well coated with the sauce, remove the skillet from the flame and serve it at once, piping hot. Pass more pecorino at the table.

16 Responses to “A Meal to Meditate: Spaghetti all’amatriciana”