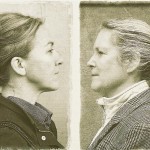 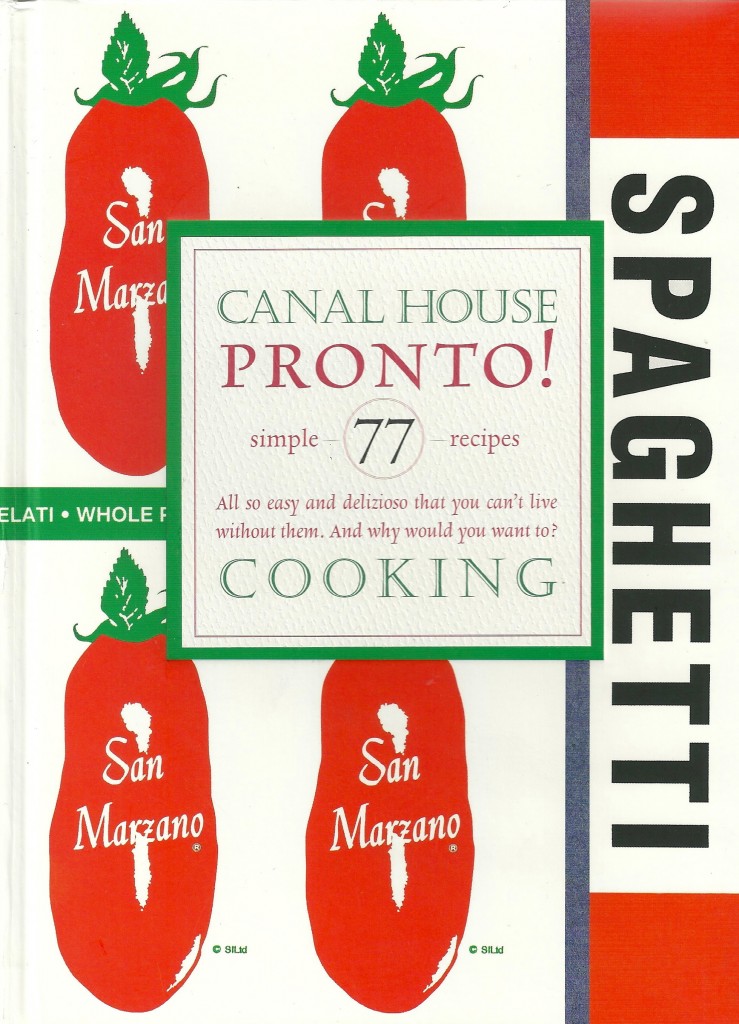 This is not the first time I’ve touted Canal House Cooking, but time and again, in the midst of our burgeoning American food revolution, the remarkable talent of the two women behind this homespun, deeply felt culinary venture, inspires. I first got to know Christopher Hirsheimer and Melissa Hamilton, the photographer-artist publishing team a few years back when they were photographing my book, Italian Home Cooking: 125 Recipes to Comfort Your Soul. 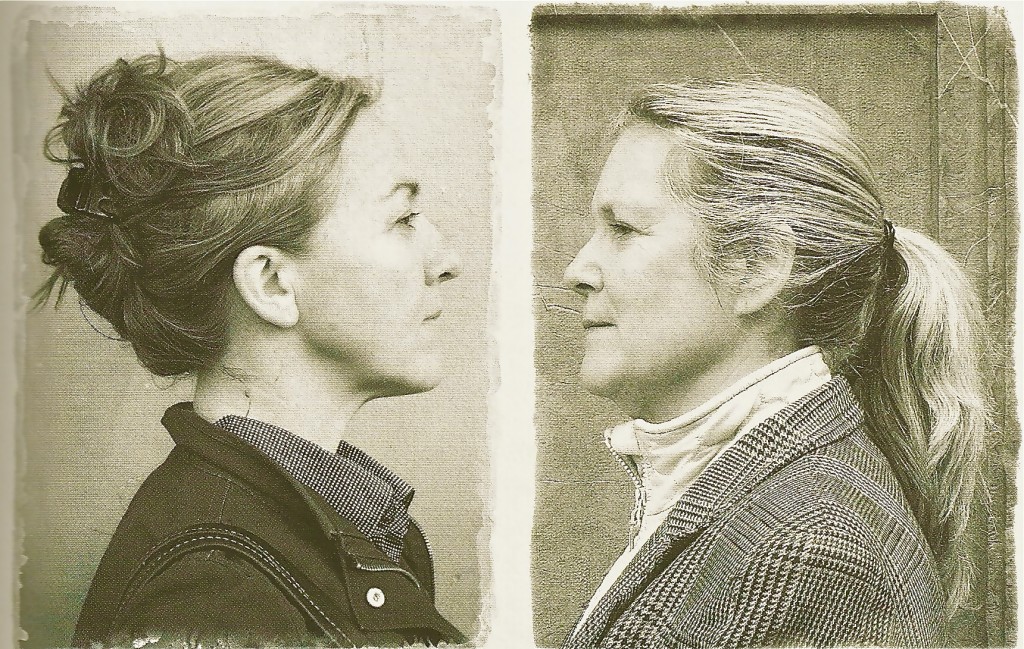 While many gifted chefs are turning the American restaurant scene into a mecca that even the most discerning foreign traveler now marvels at, Christopher and Melissa have, instead, transformed the American home kitchen. Agreed, before, there was Martha Stewart. She, too, raised the bar. Home-making became glamourous and good cooking something to aspire to, even while working women had no time to watch her television programs and little bandwidth to do cake decorating or stylish entertaining. For too many of them, her notions were simply unattainable, even, elitist. Christopher and Melissa’s cookbooks have a different spirit. Sizzling with Christopher’s stunning photography and Melissa’s charming illustrations, they deliver home cooking with a high level of sophistication while making it perfectly do-able for the ordinary cook; the methods so simple, the instructions so clear. Every recipe I have tried has been easy, delicious, and refreshing.

Now comes their eighth book, Pronto!: 77 Simple Recipes, which they crafted while on holiday in a Tuscan farmhouse (for the food writer, every visit to Italy is an opportunity for a story, on holiday or not). Even after writing no fewer than thirteen books about Italian food myself, and having collected thousands of books about Italian cooking over a lifetime, I know that there is always more to say about it. 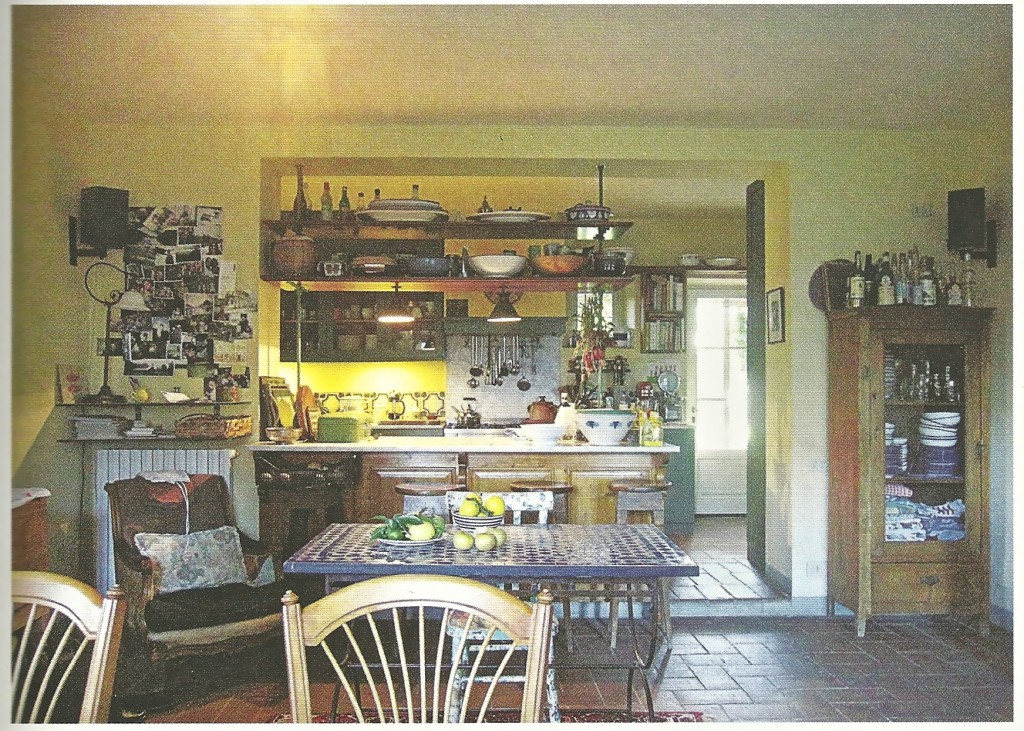 What Canal House does in their inimitable style  that makes their classics-inspired food fresh and new is to put an educated and personal twist on Italian dishes so that, for example, Grilled Lamb Chops Scottadito (“burnt finger” lamb chops that you are meant to pick up with your hands and devour down to chewing on the bones, like the Italians do) are massaged with harissa, the fiery red pepper paste of Tunisia. Ditto with coal-roasted whole eggplant. Now that’s a damn good idea–I wonder why I didn’t  think of it myself. How about Poached Vegetables with Savory Zabaione? “You’ve likely had the classic Marsala-infused zabaione as a dessert. In this savory version, we use a pretty white wine and serve it like a sauce,” they write. Need I say more? 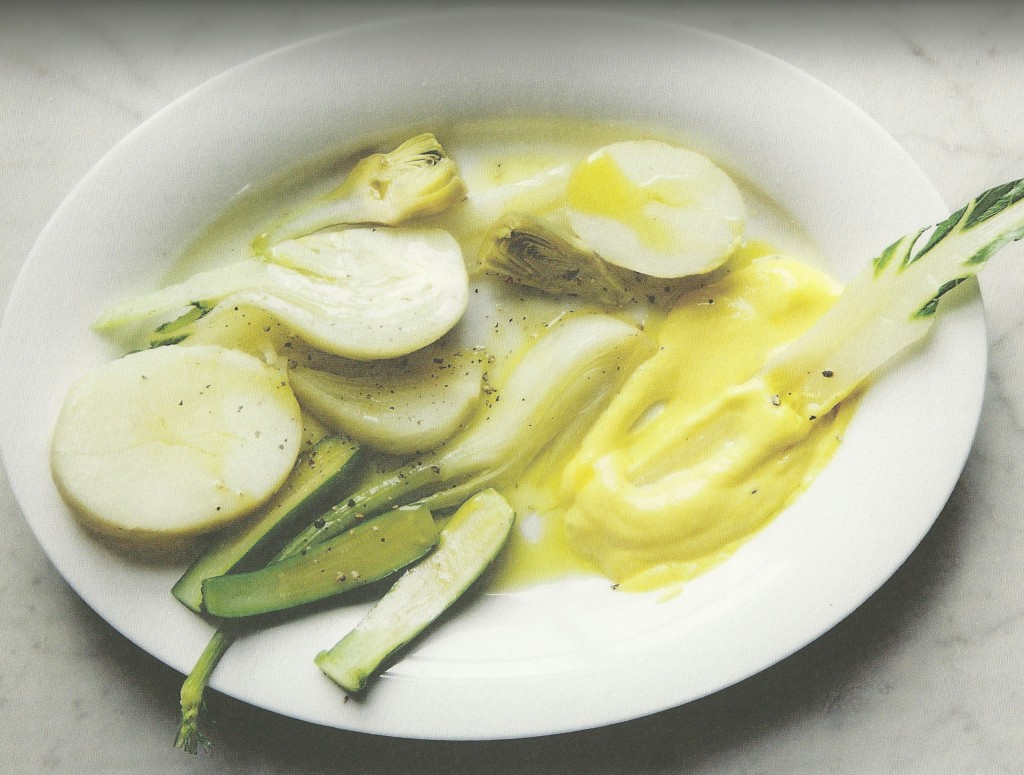 Below you’ll find their fail-proof interpretation of the Roman or Tuscan classic (Lazio and Tuscany both claim this dish as their own) Pollo alla Diavola, loosely, chicken as hot as the devil, which Christopher and Melissa cooked on a recent afternoon, along with other delicious foods, to celebrate their new cookbook. 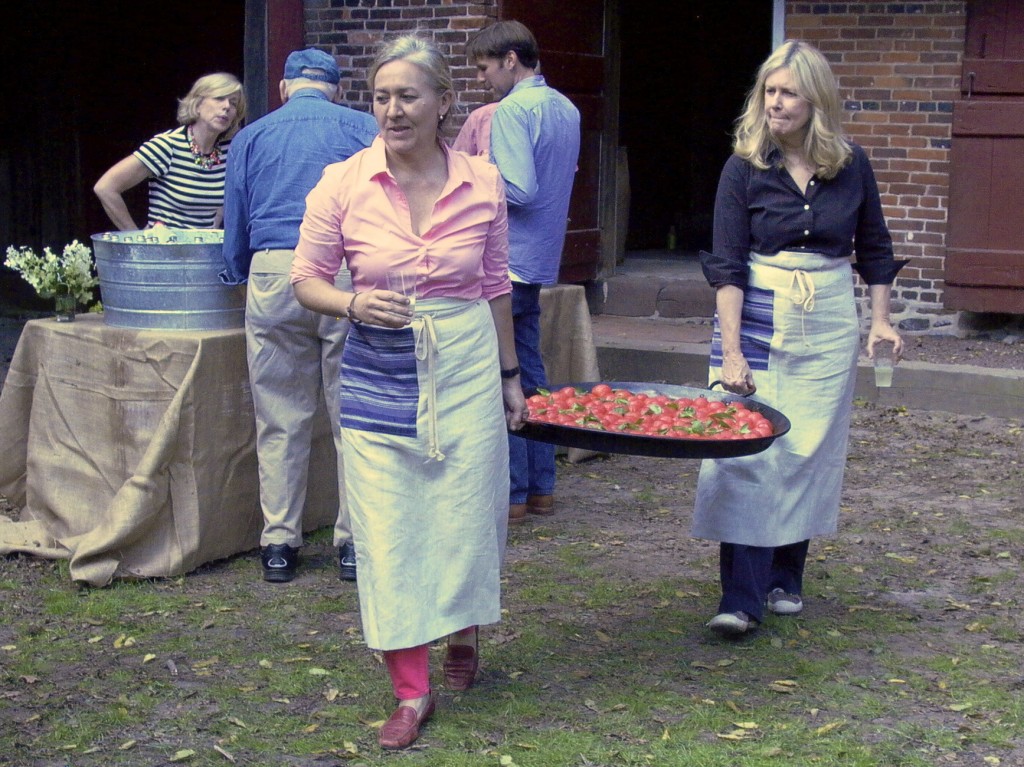 Melissa and Christopher bring out tomatoes in their paella pan, hand-carried from a trip to Spain.
Photo: Nathan Hoyt 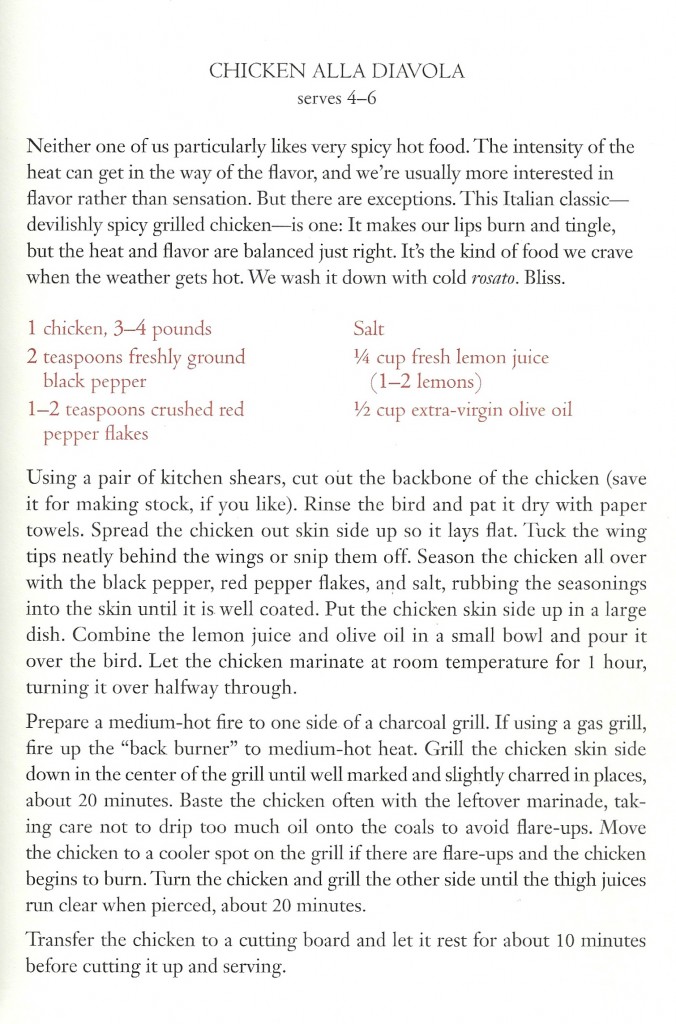 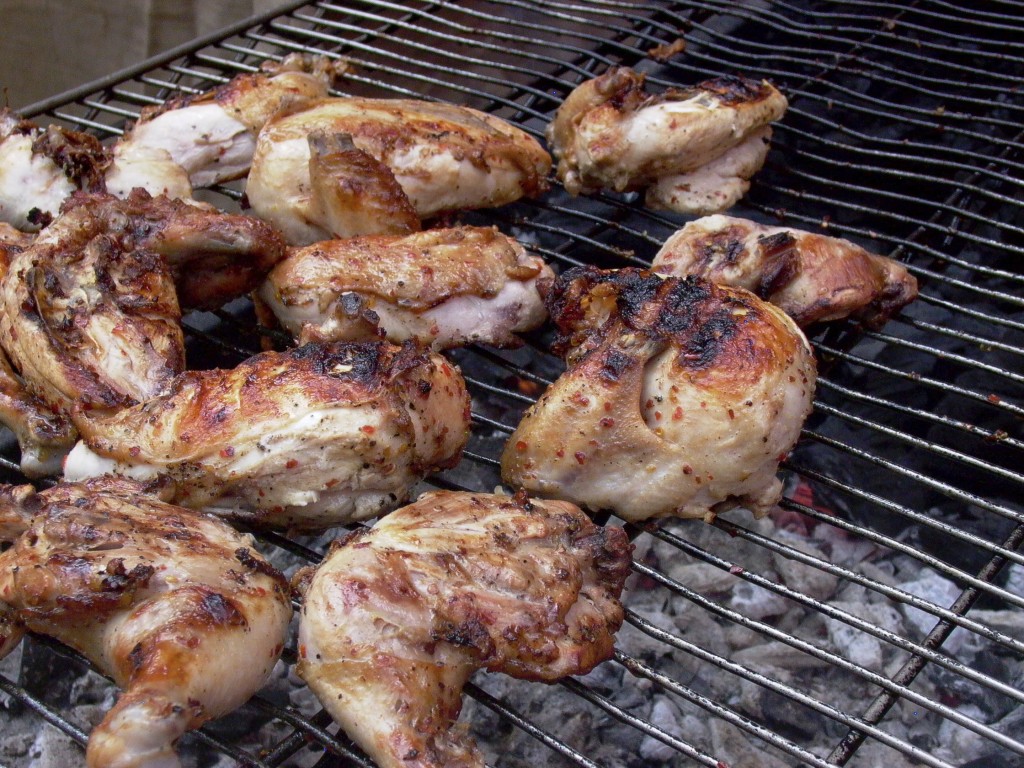 Last but not least, there’s also a chapter on wine, at the front of the book and Christopher and Melissa’s spin on Italian aperitifs, with recipes for making their favorites (and mine). It includes one they call “Italian Dark & Stormy,” which they privately nickname “Marcello Mastroianni” because, they write, “Every time we serve these, we feel like we’re getting our Sophia Loren on and drinking in the good life.” It’s no wonder that their cookbooks smack of a bit of magic—they’re drinking in the good life and in the process, showing you how to concoct it for yourself. 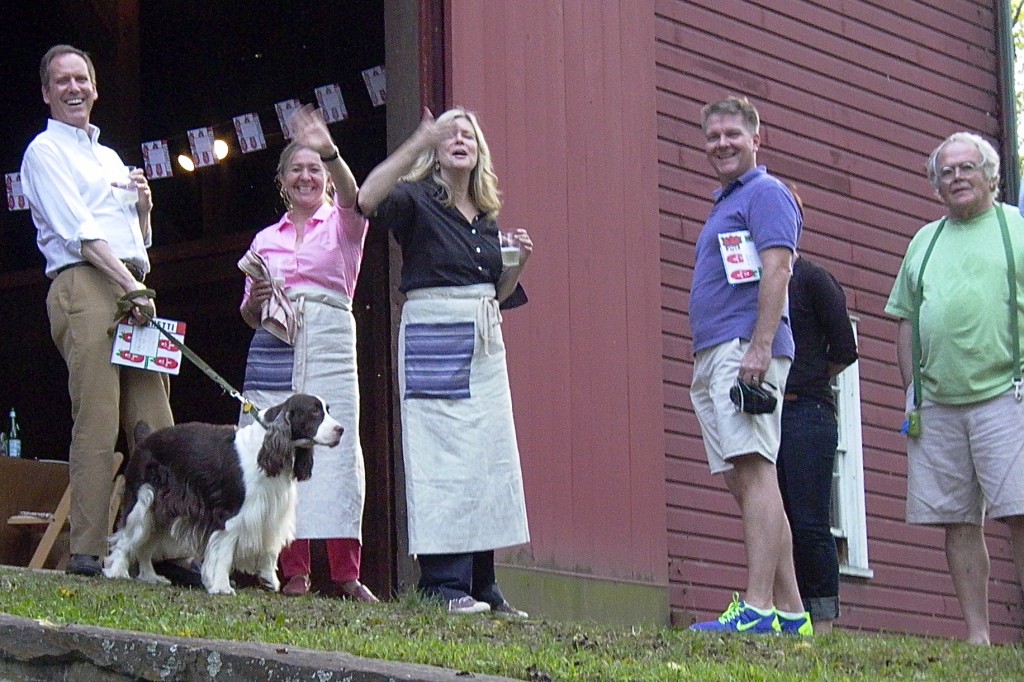 So long—until the next cook book! Photo: Nathan Hoyt