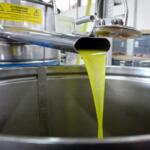 A trip to Rome at this time of year is usually timed for a feast on the region’s spring vegetables that overflow in the market stalls and somehow seem to taste better in the Eternal City than they do anywhere else. But this year, I was in Rome on a mission to hear what the Italian government had to say about the state of the country’s olive oil production, whose reputation has been damaged by scandal after scandal in recent years—and the bad publicity just doesn’t seem to let up. Here’s my report from a high-powered conference called by government officials and the country’s consortium of […more…]