Di Palo’s is one of the seven wonders of New York.—Chef Daniel Boulud

His paternal and legal name, he will tell you, is Luigi Santomauro but to everyone who knows him on two continents, he is Lou Di Palo, after his maternal grandmother. Concetta Di Palo founded a cheese shop with her husband, Lou’s namesake, 104 years ago. Everyone who has shopped at the legendary store on Mott Street, Di Palo Fine Foods, has heard bits and pieces of the family story over the counter as Lou, Sal, Marie, Connie or any number of their offspring cut cheese and sliced salumi while they waited. 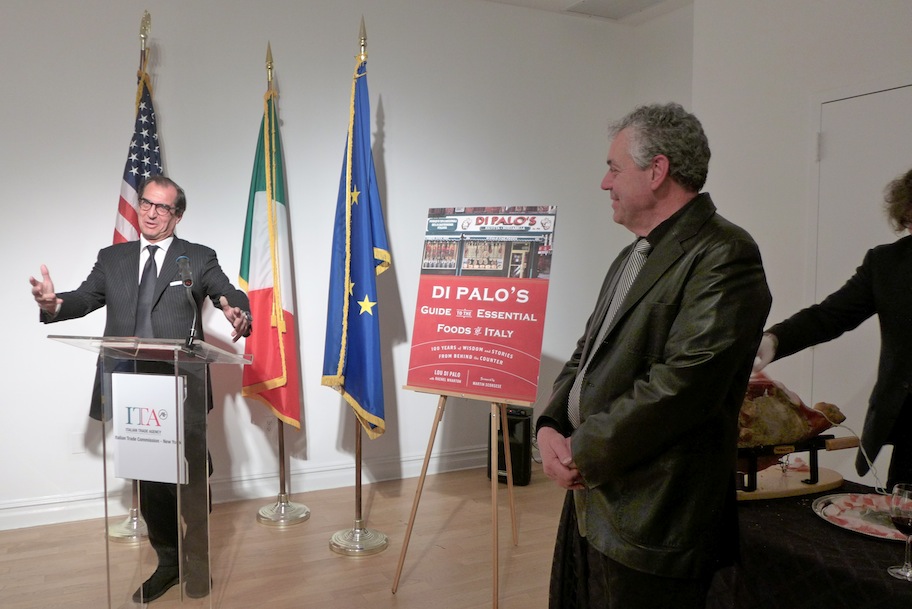 On a recent evening, I eagerly braved the blistering cold to join the Di Palo clan and their multitudinous friends at the Italian Trade Commission for a Italian style bash in celebration of Lou’s committing the family history to paper at last. The legendary Italian food expert and grocer extraordinaire has told his delicious family story in the newly released “Di Palo’s Guide to the Essential Foods of Italy” (Ballantine Books), with an introduction by old family friend and Little Italy compatriot, director Martin Scorsese. While Rachel Wharton, a James Beard award-winning food writer, co-authored the book, Lou is quick to tell you that every single word is his own. 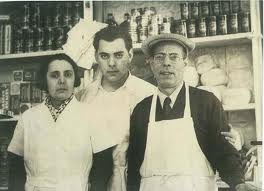 Six publishers offered him a book deal but, he says, he called the terms. “My editor agreed that Rachel’s job was to write the story just the way I told it.” No mistaking the straight talking New York style, the patriarchal voice of the extended Di Palo clan, the enthusiasm for all things food—Italian food, that is. It’s pure Lou. And refreshing it is. His story is the real deal, with reminiscences of his Italian immigrant experience in New York’s Lower East Side and the stories behind the dozen essential foods he has collected in this book. 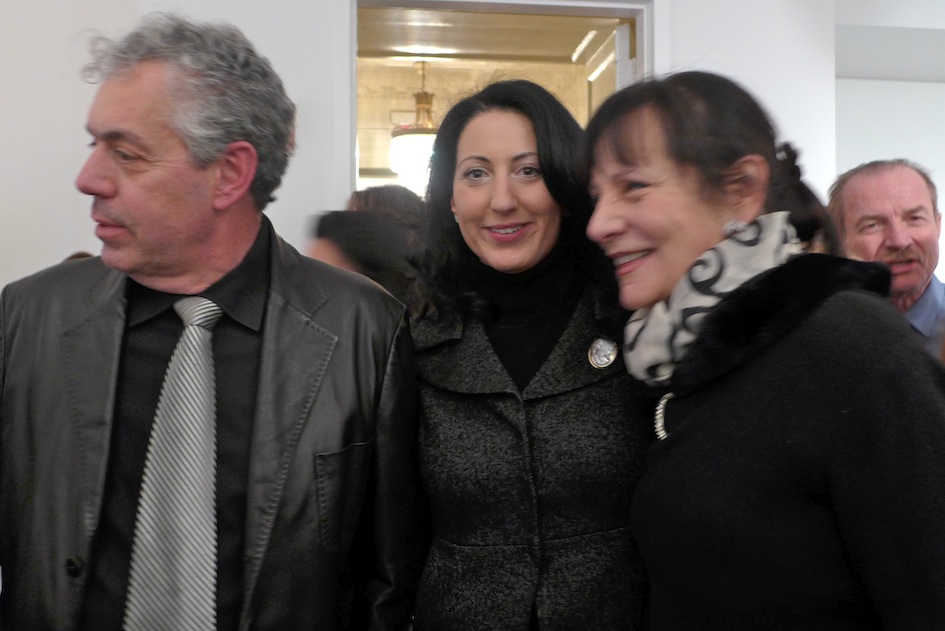 Lou, Vincenza Kelly of the Italian Trade Commission, and me.

You’ll no doubt learn more about Italian foods within these pages than you ever knew, whether it’s Parmigiano-Reggiano or anchovies. About parmigiano, there are naturally four seasons of cheese making (Di Palo sells them all). The cheese will taste differently based on the flora or feed and how temperatures of summer, spring, winter or fall affects the cows. On Sicily’s best anchovies:”little jars of anchovies so good—tender and almost sweet, they’re never fishy or smelly—my customers go nuts when they are out of season.” 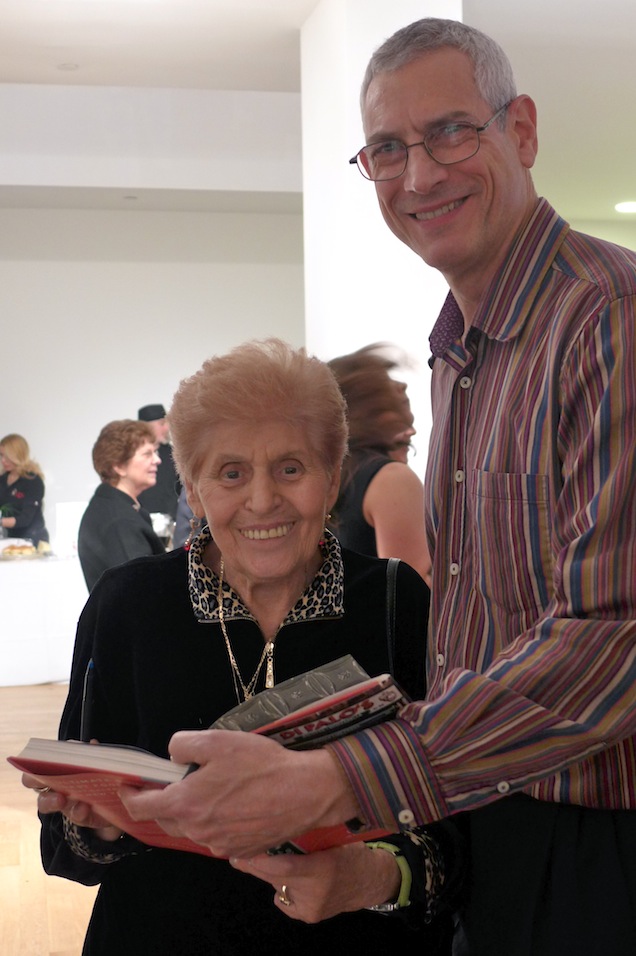 Mamma Viola Santomauro, the matriarch whose delicious Italian recipes have been the basis of Di Palo’s take-out.

Even if most of the 300 cheeses Di Palo procures from small producers in Italy don’t make it into these pages, the book is a primer on other Italian essentials he sells, from salumi to olive oil to coffee. There are some of the family’s recipes, the big crowd pleasers, like Grandmother Concetta Di Palo’s meatballs (the secret to their tenderness is a little ricotta in the mixture), eggplant rollatini and Sal’s tiriamisu. But the best part is the book is the story of this remarkable and generous  family. It’s going to be a cold winter. You might want to warm your heart with this story—it’s still the good old days in Lou Di Palo’s world or, as Lou puts it, “I don’t just sell the food in my store—I live it. 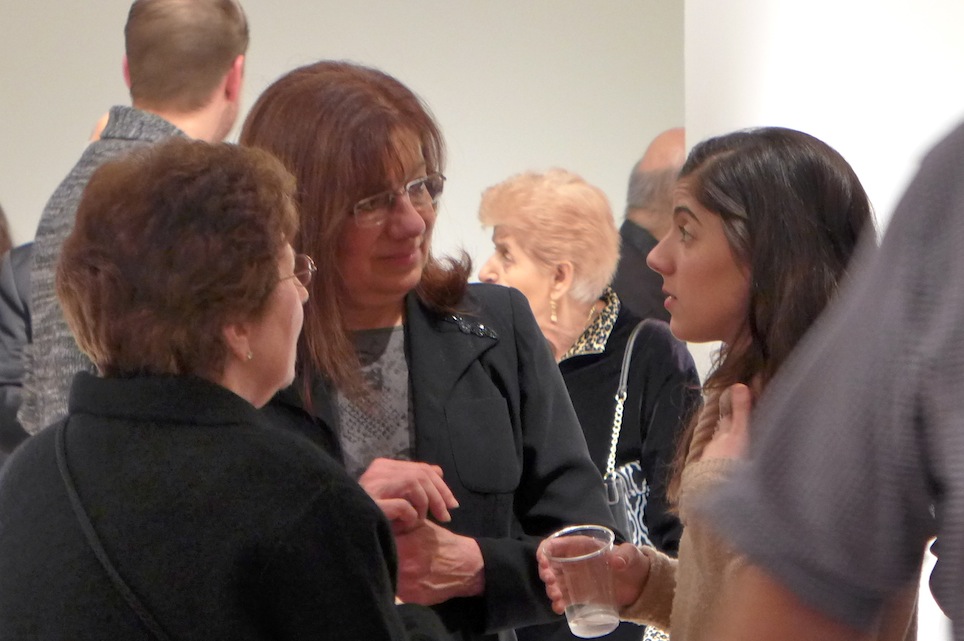 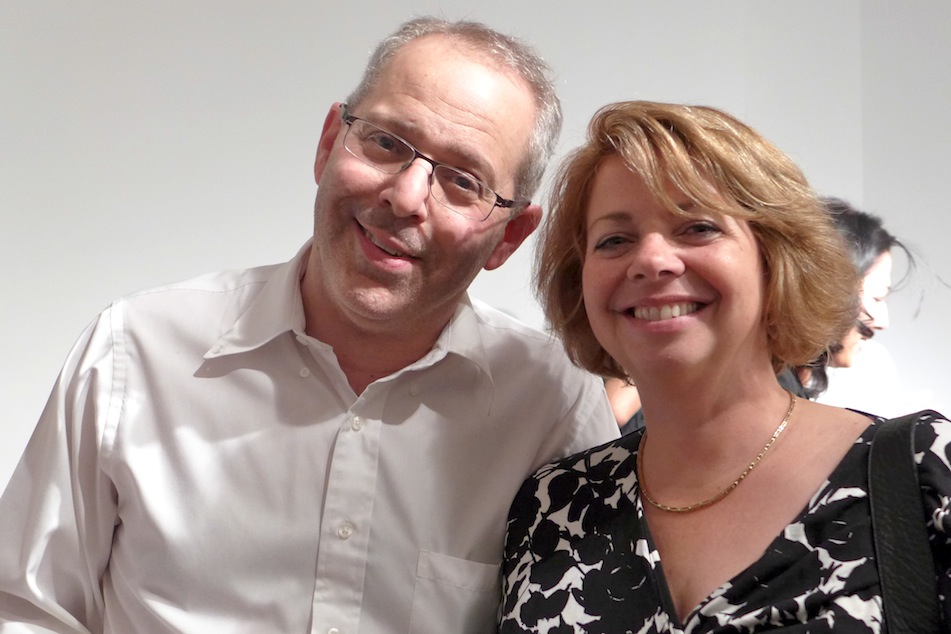 Sal (Salvatore) Santomauro, Lou’s brother and resident comedian, and his wife, Maryanne. About his job, he says, “I’ve never worked a day in my life.” Guess he likes it there.

Lou’s sister, Marie Santomauro (center), works the counter every day of the year along with the rest of the family. 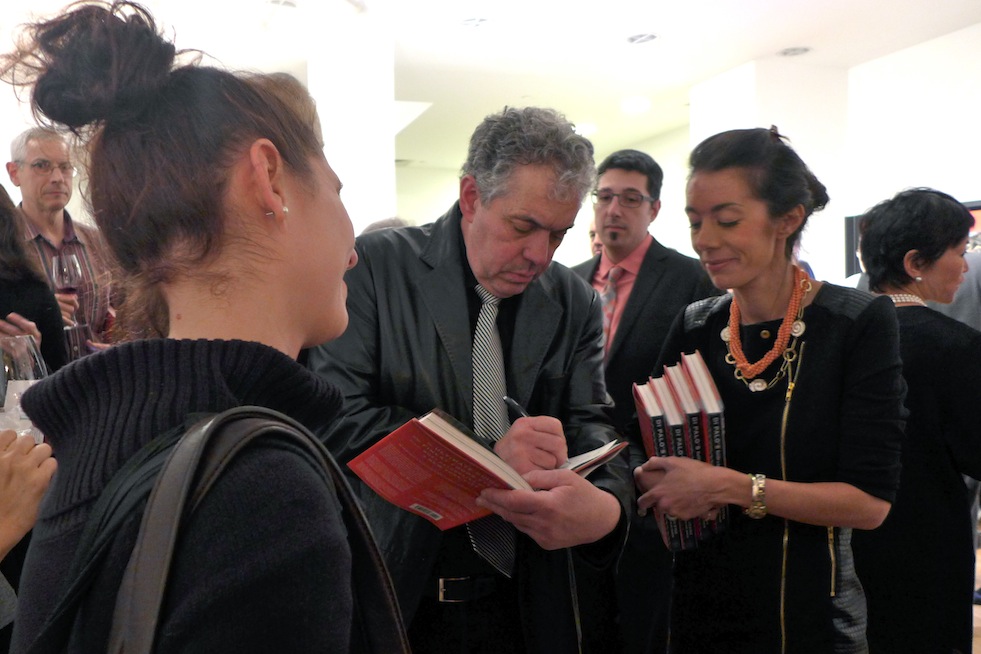 Lou with his daughter, Allegra, right. 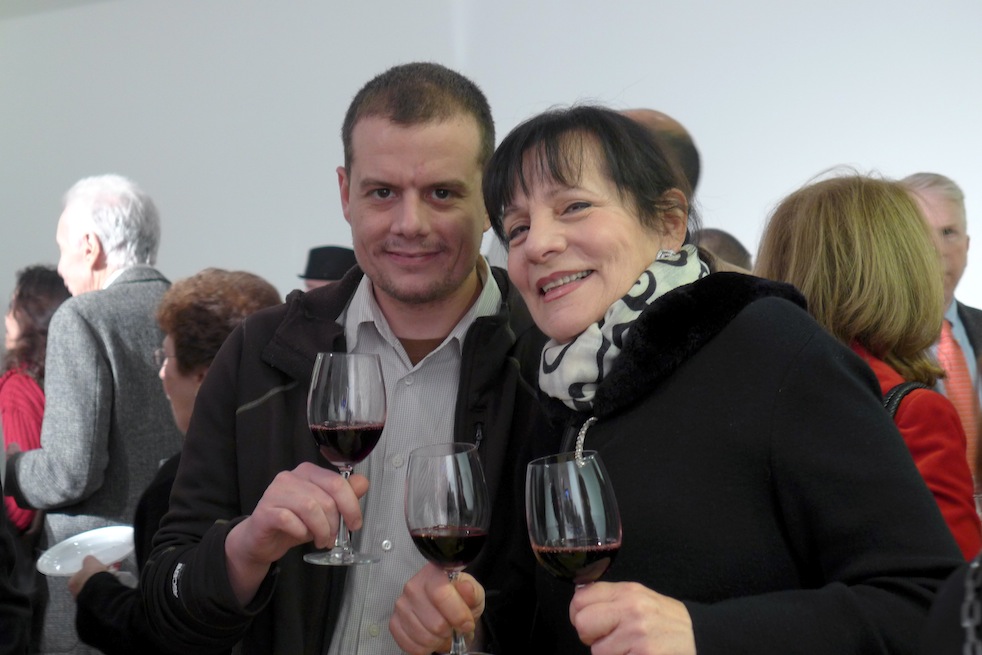 Left, Sam, Lou’s son and proprietor of Enoteca Di Palo next door to the main shop on Grand Street. 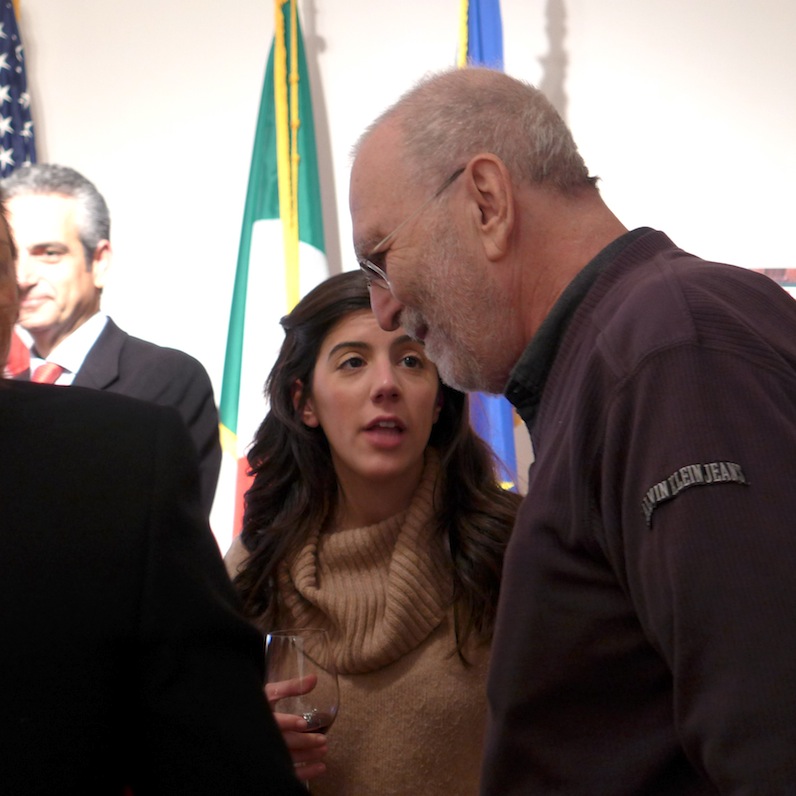 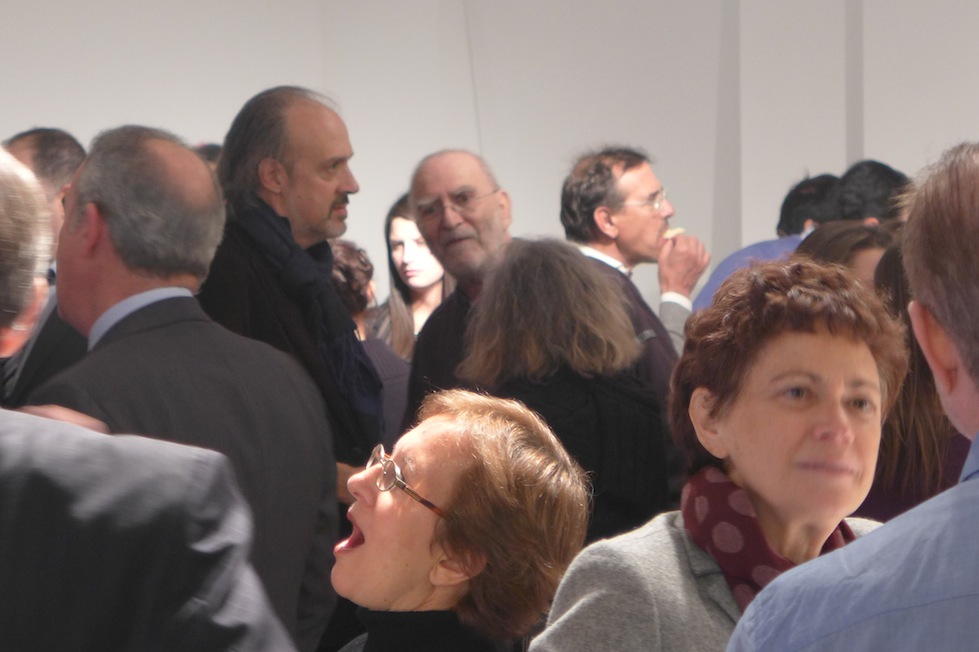 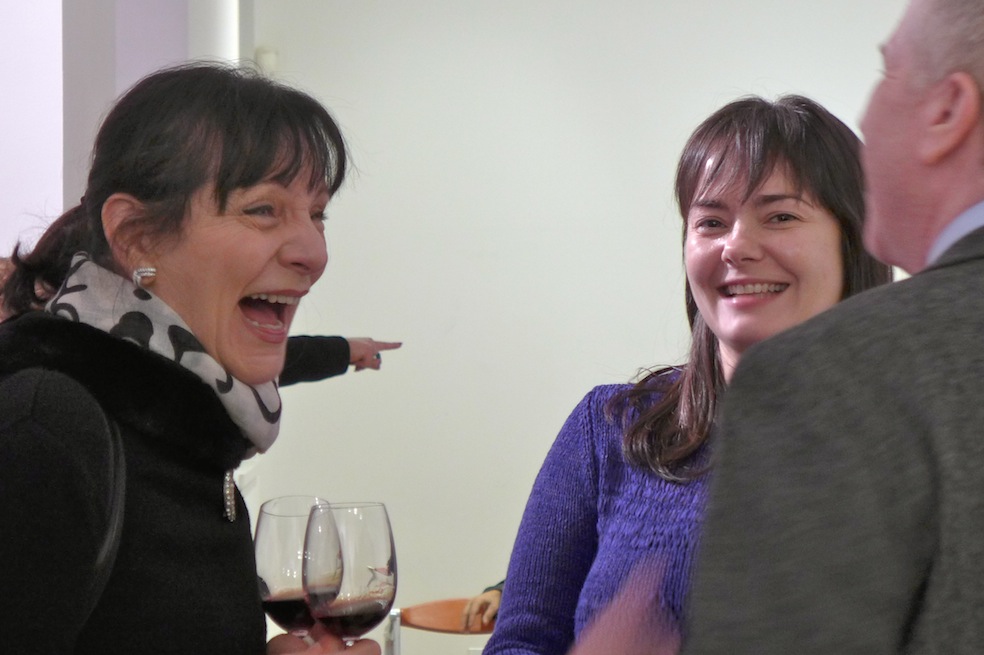 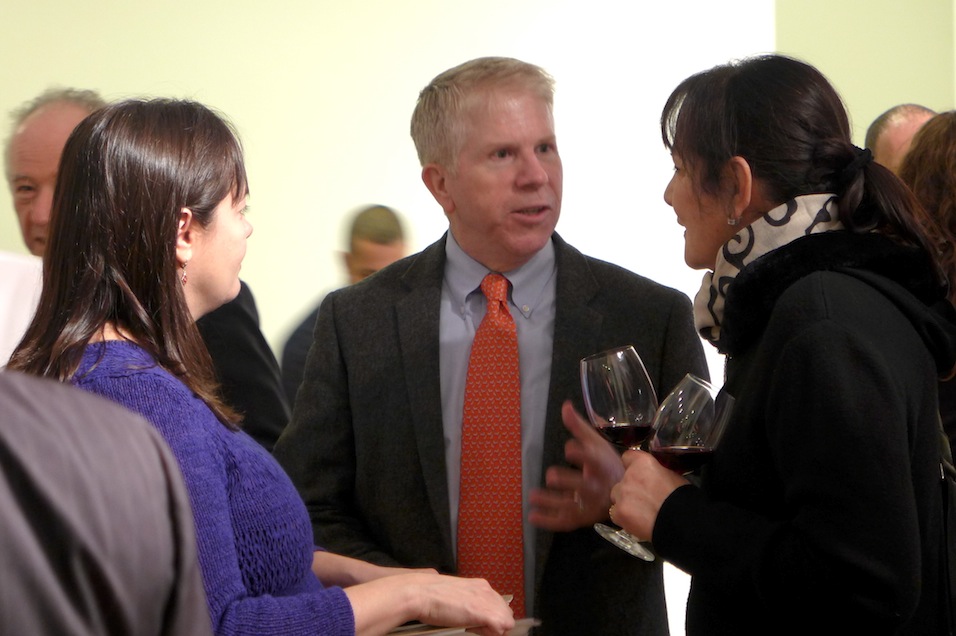 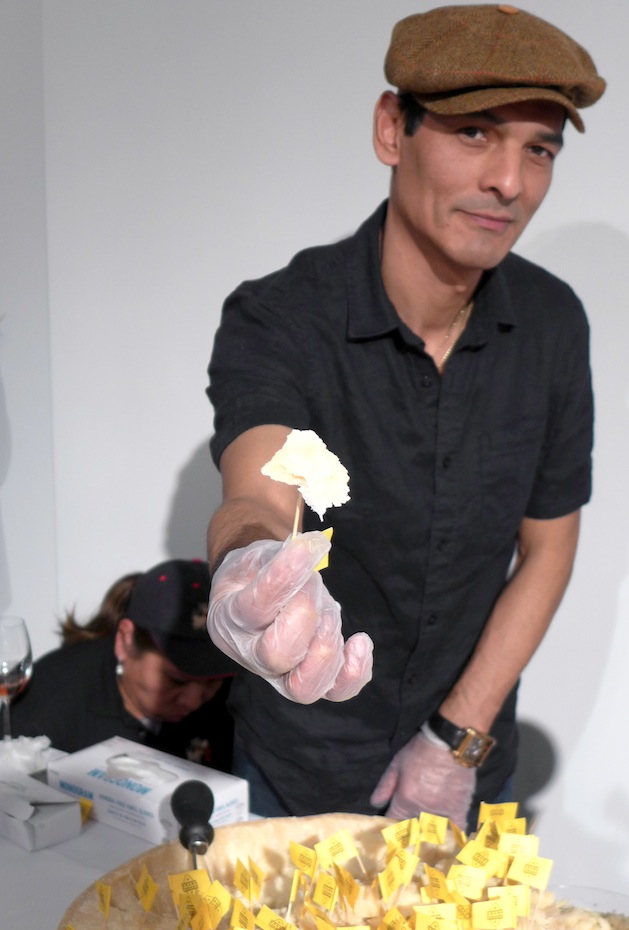 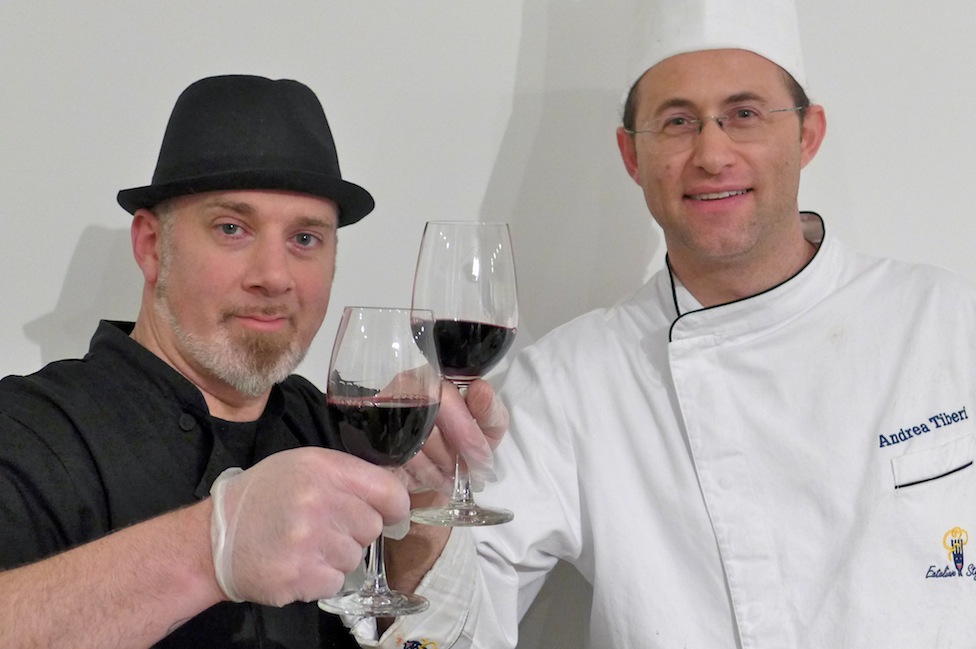 The chefs for the occasion. What a spread, from porchetta, to panini to Nonna Concetta’s meatballs, caponata and eggplant alla parmigiana, just for starters. Di Palo classics, in the book. 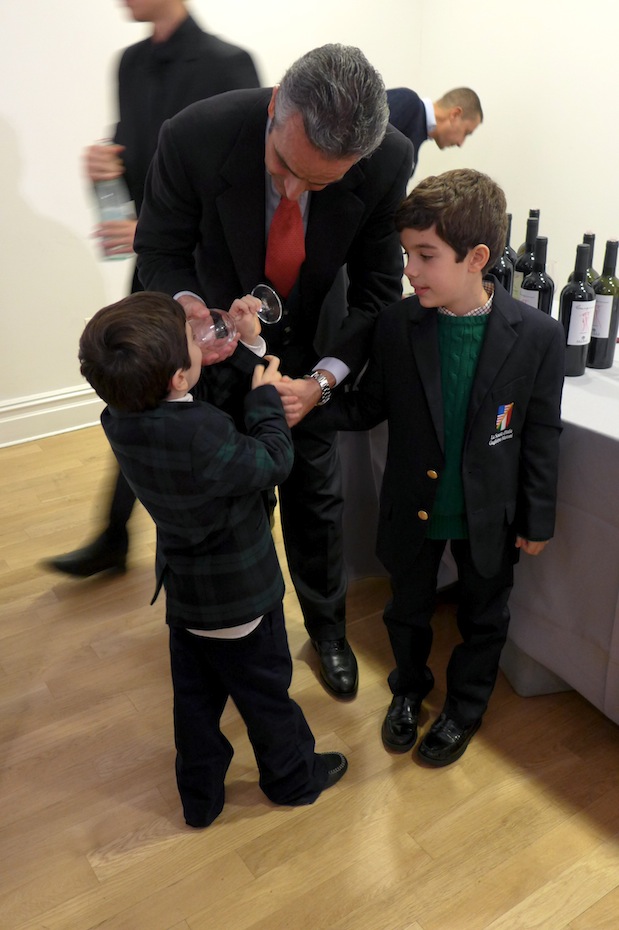 The fifth generation, Allegra’s sons, learning about the art at papa’s knee. 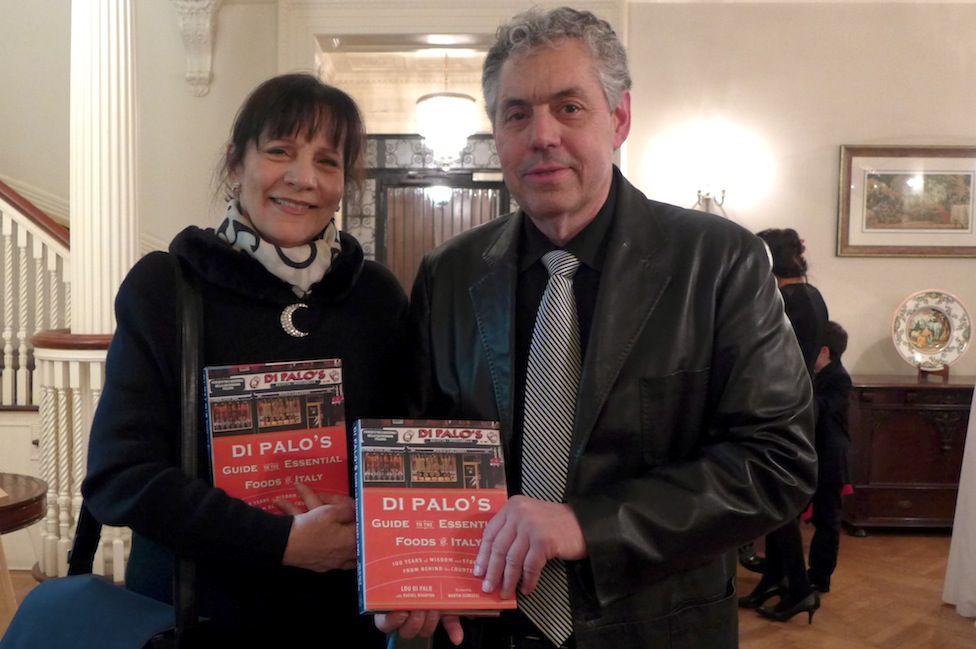 Looking forward to curling up with Di Palo’s guide to the Essentials Foods of Italy: 100 Years of Wisdom and Stories from Behind the Counter. 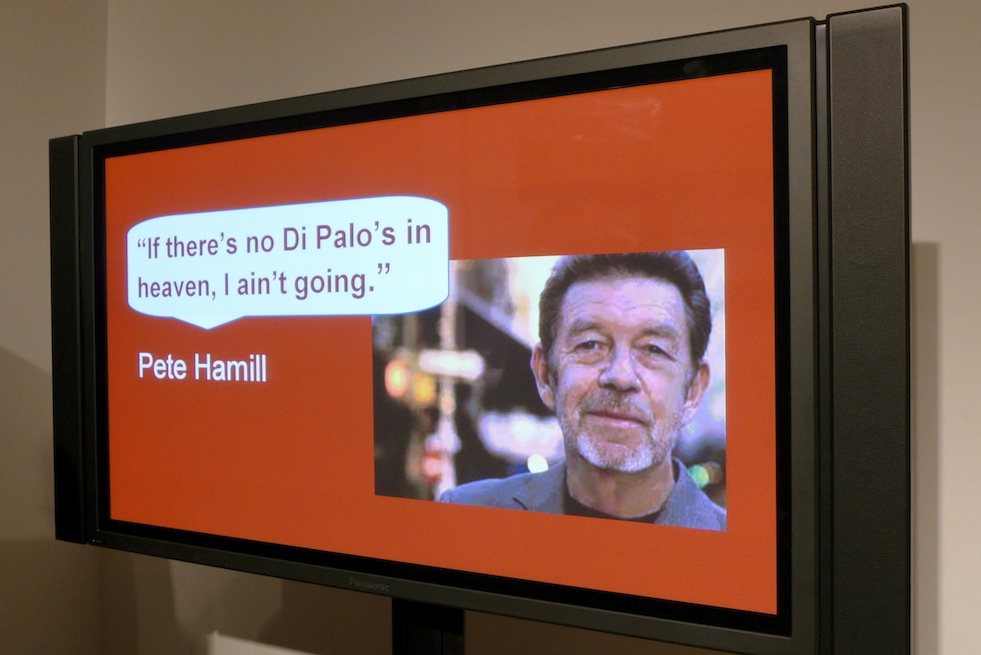 Di Palo’s has taught New Yorkers of every stripe what genuine Italian food is.

Photographs of the celebration by Nathan Hoyt/Forktales.

10 Responses to “Celebrating 100 Years of Delicious in Little Italy”