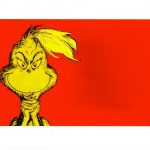 How The Trump Stole America by John Pavlovitz   In a land where the states are united, they claim, in a sky-scraping tower adorned with his name, lived a terrible, horrible, devious chump, the bright orange miscreant known as The Trump.   This Trump he was mean, such a mean little man, with the tiniest heart and two tinier hands, and a thin set of lips etched in permanent curl, and a sneer and a scowl and contempt for the world.   He looked down from his perch and he grinned ear to ear, and he thought, “I could steal […more…]