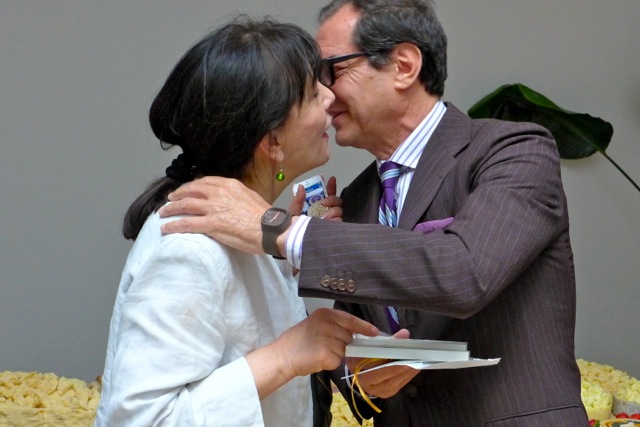 A few weeks ago a message arrived in my inbox announcing that The Italian Trade Commissioner, Pier Paolo Celeste, is off to a new post in Moscow, and of course, there would be a little send-off. I don’t deny I was feeling sad about his leaving, as we’ll miss the creativity and vigor he brought while in New York City. Here’s to your mission in Moscow, Pier Paolo. Stay warm and in bocca al lupo! — You sure know how to give a party! 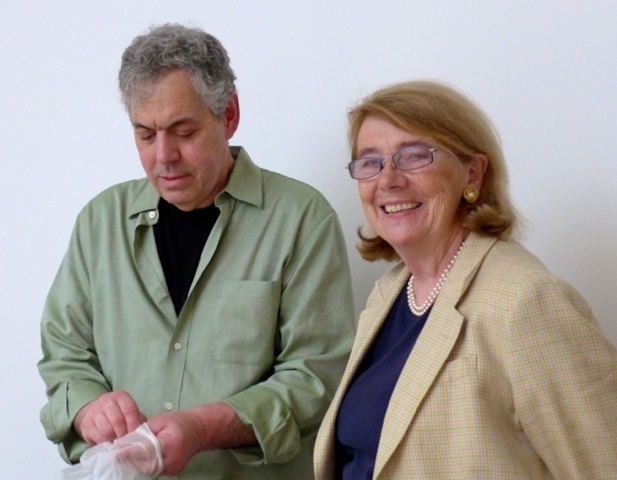 Two cheese legends, Lou Santomauro (Di Palo) of Di Paolo’s FIne Foods and Margaret Cicogna, wow us all with their selections for the night. 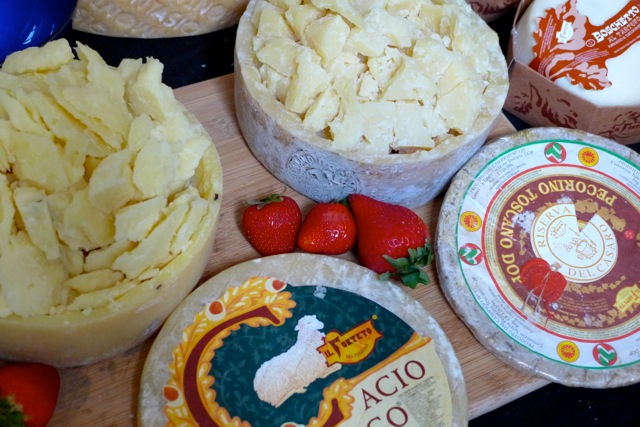 The best young and aged pecorinos from Tuscany. 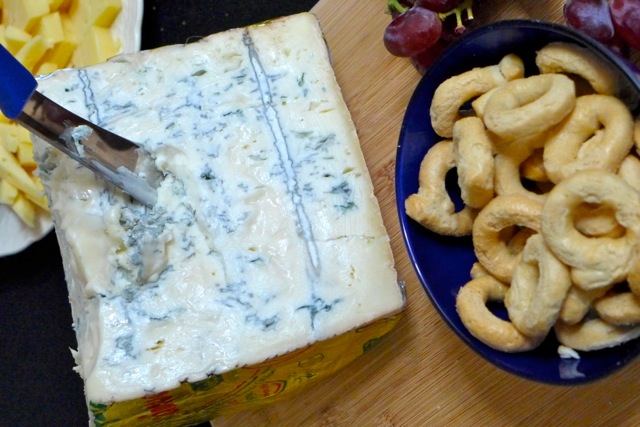 Gorgonzola dolce (Gorgonzola, Milano province, Lombardy), the cheese in its sweet, runny stage, is indescribably umami, incomparable, and very hard to find outside of its place of origin. I snap it up from DiPalo’s whenever I can. My favorite way to eat it is slathered over a mound of freshly cooked, steamy polenta. 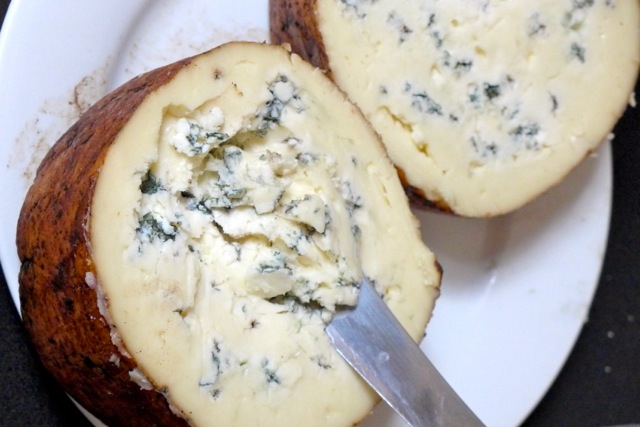 Another sublime scoopable blue cheese, from Piemonte, this one aged with artisanal beer. 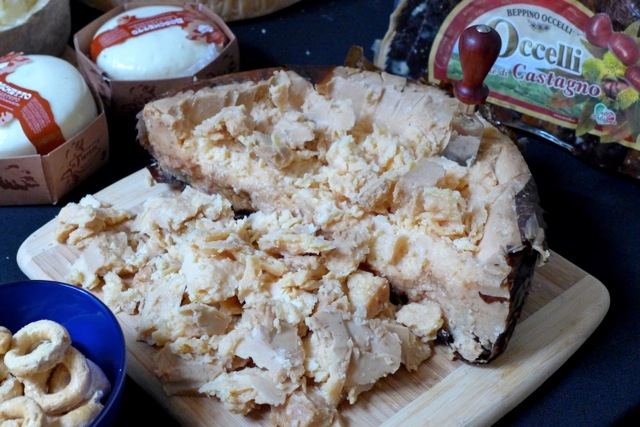 Occelli in Fogle di Castagno from Cuneo, Piemonte is a combination cow’s- and goat’s- or cheeps’ milk cheese wrapped in chestnut leaves, which imparts their sweetness and flavor. 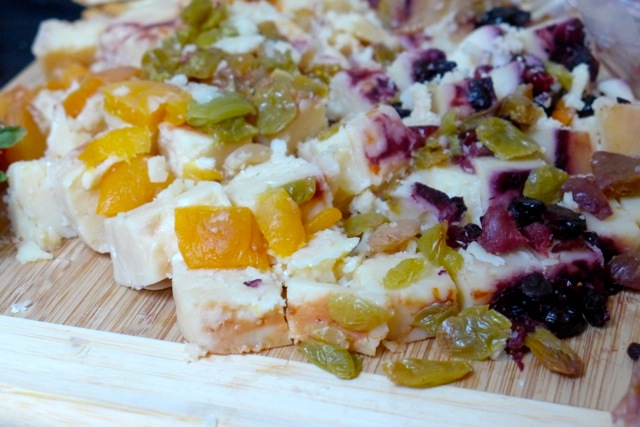 Cow’s milk cheese aged in grappa from Trentino, a terrific match with fruit. 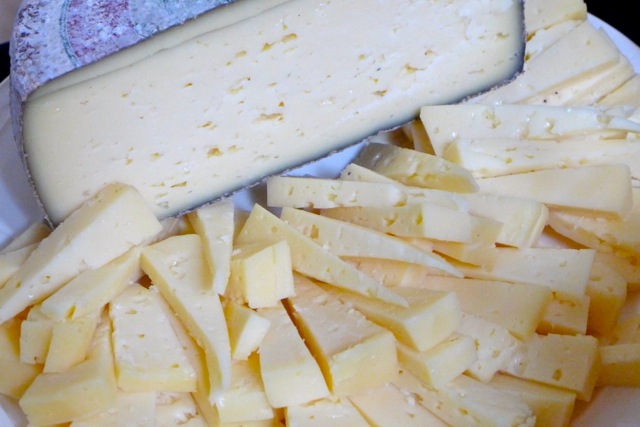 Montasio from the Friuli-Venezia Giulia region is a young, sweet — and underutilized cheese in the U.S. It’s the cheese originally used for frico, the crisply fried cheese dish that Lidia Bastianich popularized in NYC at the now defunct Frico Bar. 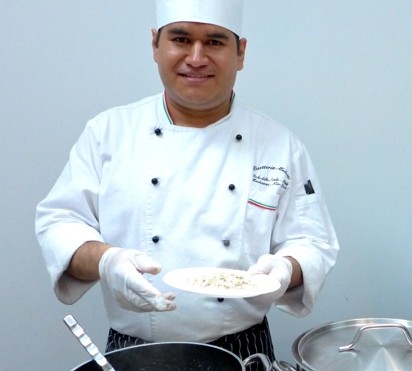 RIsotteria Melotti made a spectacular risotto with the vialone nano rice they produce themselves in Verona.

Eating Risotteria Melotti’s risotto with truffles and porcini and having my photo taken at the same time. 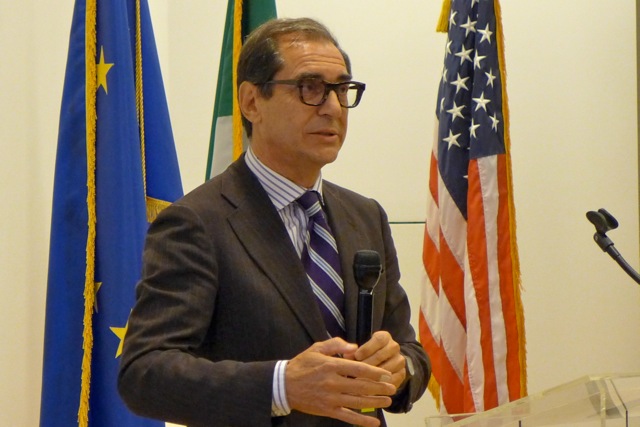 A recap of accomplishments bringing Italian businesses and American markets together… 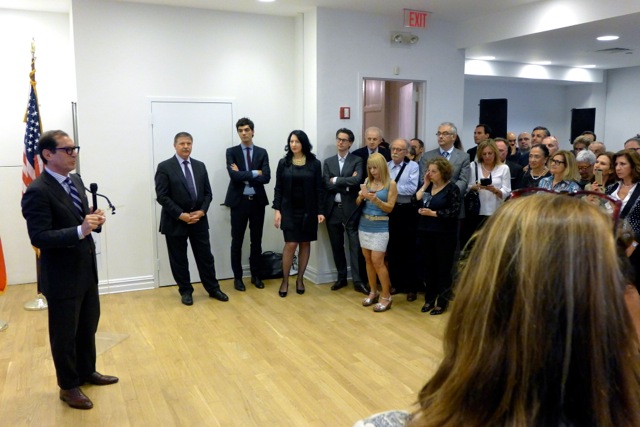 …and a farewell to staff. 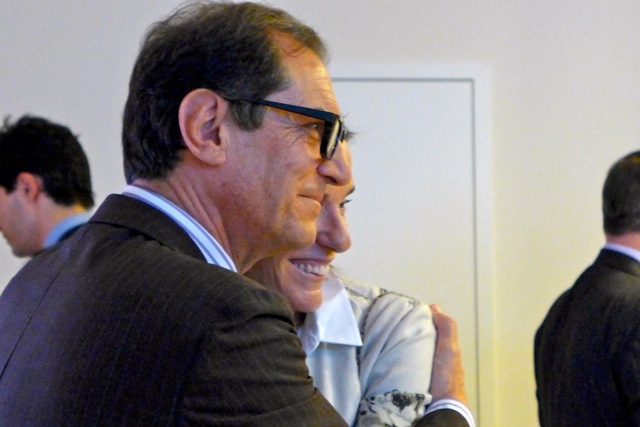 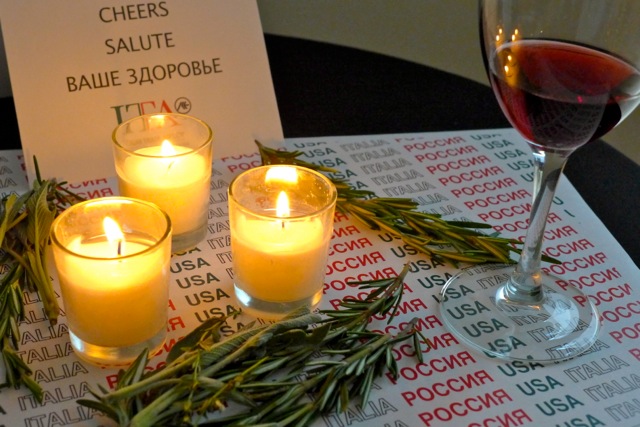 2 Responses to “D’Ya Think the Italians Know How to Give a Party? Arriverderci Pier Paolo!”